on November 11, 2011
Five years ago today my mother died. In the silence after her last breath I heard the church clock strike ten: thus she missed by sixty minutes the full drama of dying at the eleventh hour of the eleventh day of the eleventh month. It's a pity, because she tended to be quite dramatic, and would surely have enjoyed the full significance of dying at such a date and time. My father was a quieter, more reflective man, and died on a quieter, more anonymous date, which was entirely in keeping with him too.

But there is a delicious irony to the fact that it was my mother - not my father - who died on Armistice Day. Both my parents came of age in Italy during the Second World War, enduring German occupation, bombing, deprivation and social and political chaos. My father also got sent to a German labour camp, where conditions were tough, and survival uncertain. Both carried their own scars and memories, but each one dealt with them differently, according to their different personalities.

Every Remembrance Sunday my father would sit in the living room watching the ceremony at the cenotaph on TV; he would then stand, head bowed in prayer, during the silence. My mother would spend the ceremony in the kitchen, cooking Sunday lunch, occasionally going into the living room. Each time she'd declare that she'd had enough of war thank you very much, couldn't bear to be reminded of the War, living through it had been bad enough, she wanted only to forget it... then she'd return to the kitchen and clatter pots or loudly tenderise the meat. 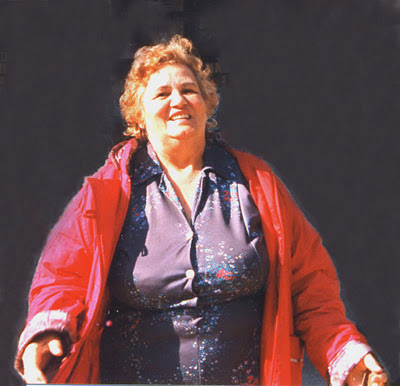 In fact, she could never forget, and the kitchen - her refuge from official remembrance - was also the place where her memories were strongest, because that was where she waged war on them. Wartime food shortages had been severe, and so, like so many of her contemporaries, once the good times came she kept a full larder and fridge, and always cooked generous portions. She was a very good cook, who loved cooking, feeding her family and making food for others to enjoy: we were poor but we always ate well, and leftovers were creatively used up (another legacy of the War was a horror of throwing food away). Among the things people said to me after her death was "your mum made the best gnocchi/risotto/chips/creme caramel I've ever eaten", which was surely music to her ears.

My mother noisily bashing meat, my father quietly reflecting... each one, in their own way, remembered, and coped as best they could with those memories. And today I do my own remembering, and a lot of it involves delicious food, cooked with pride and tremendous helpings of love, which is surely the most important ingredient of all.