on April 28, 2012
It's Good Shepherd Sunday tomorrow, otherwise known as Vocations Sunday - a day when we often hear vocation stories and testimonies. So, for what it's worth, here's mine...

I'm a cradle Catholic. I went to a convent high school, and eventually joined the school prayer group, where some of us flirted with notions of convent life, veils and religious names. But, within a couple of years of leaving school, religious life was the last thing on my horizon! Instead, by my mid-twenties I was an independent, politically active, professional young woman. I had my own flat, a boyfriend, career, social life... and yet, deep down, I began to feel restless, and to want to search for an indefinable something "more". I had no idea what this "more" might be, except that I knew I would not find it in material goods or a fun night out. 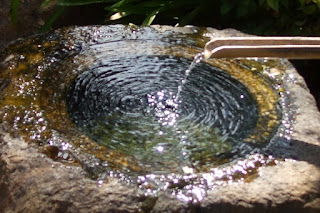 Somehow, a slow spiritual drip drip began, punctuated by some events or situations which stopped me in my tracks and added to the restlessness. Having once dropped away from much religious practice I now became increasingly fascinated by God and Jesus, started praying, reading scripture and changing my lifestyle. And God continued to beckon, always asking that little bit more, always letting me know the strength and intensity of his love and desire for me.

And yet, although I had God, it didn't seem enough - I still wanted "more". Even so, the idea of religious life initially horrified me, as I thought of all the things I would have to give up. Yes, I knew that Jesus had promised the hundredfold, but this seemed to me something vague and spiritual, and not much recompense for the loss of my flat, career, lifestyle and all the future possibilities out there! Francis Thompson, pursued by the Hound of Heaven, sums up this agonising dilemma perfectly:

For though I knew His love who followed,
Yet was I sore adread
Lest having Him I must have naught beside...

But I also knew that the more I continued this journey into Love, the less it would feel like loss and sacrifice, and the more I would understand the mystery of the hundredfold. Whatever my fears or hesitations, I felt a pull as strong as an ocean's tide, drawing me on. 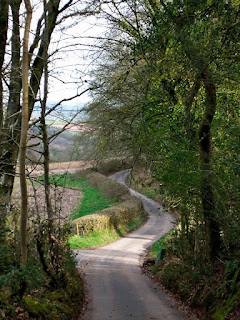 I came to know the Society of the Sacred Heart via a long and winding road. Along the way I met some lovely congregations, but none had seemed quite right. And then, on my first visit to an RSCJ community, something clicked, and I felt at home from the moment I crossed the threshold. I had no idea what this "something" was; I only knew, in a way I could barely understand - much less describe - that I had come home.

Over time, I began to understand why this was, as I discovered a spirituality centred on the Open Heart, which resonated deeply with the as yet unnamed spirituality within me. The Society's twin calls - deeply contemplative and apostolic - echoed a call I had long felt to be a contemplative "in the world", in the heart of the world.

But of course a vocation story doesn't end the day we enter, or even the day we make vows! It is an ongoing process which unfolds and deepens every day of our lives - a process of delving into a treasure chest, as I wrote a few weeks ago. And in the eighteen-plus years since I entered my sense of being at home has grown and deepened. Journeying into the Heart of God via the heart of our world has meant times of pain, difficulties and wobbles... but the hundredfold has been so much greater. Being an RSCJ gives me life, growth in inner freedom and self-awareness and many opportunities for living our mission. And crucially, this is where I continue to find that "more" of God for which I still search and long, in ways I would never have imagined. That alone makes the journey worthwhile.
being RSCJ discernment feasts Heart of Jesus hundredfold life in general memories religious life spirituality vocation