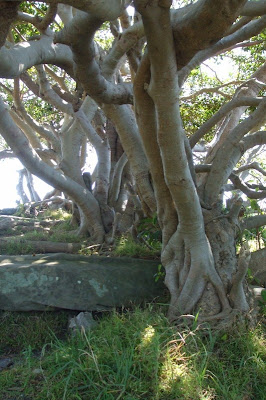 My father, born this day in 1926, was an only child, but he had something like 25 first cousins. His mother was the penultimate in a family of eight, and on her side he was the penultimate in a generation of twelve cousins spanning 1898-1926. Only two are still alive, the ones who were closest in age to him, plus the 99 year old widow of another long-dead cousin. In a way, such a diminution is not surprising, though it's still sobering; with one exception they were all alive and part of my childhood and young adulthood, part of the shared history of family events and celebrations, kindnesses and petty feuds and so much more.

My father's father was the oldest of seven, and so among the Dallanegras my father almost headed a generation of thirteen cousins, born between 1925-1945. With the exception of my dad they were all - thanks to 20th century migratory patterns - from either the Welsh Valleys or Paris. Three were born in 1926: my father (born in London), Luigi (Wales) and Alfredo (Paris).

My dad died in Italy five years ago, and now, in the last week, both Alfredo and Luigi have also died - Alfredo after illness, Luigi suddenly in his sleep. Another French cousin died only a few months ago, and suddenly it hits home: only five of the thirteen are left, plus widows and widowers - three very recent.

I only saw Luigi maybe one or twice a year, Alfredo much less - and yet their deaths matter to me. It isn't only the loss of two lovely, kind old men who were sweet and supportive after my parents died; it is also the not-so gradual erosion of the generation before me, and all they take with them. They, like the other cousins, were eye-witnesses to my history, knew my parents in childhood and youth, knew my grandparents before they became grandparents, heard at first hand the stories which my generation really should have recorded... stories important not only for the anchoring of ourselves and our family, but also because they are part of a social history "from below".

Our forebears matter to us, whether they be ancestors in family or faith, in religious community or campaigning for rights. Our memories of them - their lives, struggles, personalities, whether first hand or passed on - are important for us now, and for those who follow. They form us, and inform us, inspire, amuse, educate, explain so much... But just as the world is losing living links with WWI, so I am losing living links with lives and experiences which are part of my history, of who and how I am. In this slow erosion those people are still with me, but now seen as if in a mirror, dimly; no longer face to face.