Sophie, the women and Woolwich

on May 24, 2013
Tomorrow is the feast of St Madeleine Sophie Barat, foundress of my congregation. And the other day, as I was wondering what to write for the feast, news began to trickle in, somewhat disjointedly, of the horrific murder in Woolwich, SE London. Before I knew exactly what had happened I'd seen tweets about brave women, machetes and terrorism, but even when I watched the TV news the full horrifying facts hadn't yet emerged. When they did, along with pictures of Ingrid Loyou-Kennett quietly speaking with a man holding a blood-soaked cleaver, it was clear that the word "brave" is somehow inadequate, even with "very" or "immensely" in front of it.

I think firstly, she would remind us that as RSCJ we are called to be women of reconciliation and communion. She would urge us - and all who know and work or study with us - to pray for the attackers as well as the attacked, and to pray and act so that loving understanding and reason prevail over hatred and ignorant prejudice. This is especially important to counter the already prevalent intolerance and bigotry, which are only going to increase, fuelled by disaffection, disempowerment and political cynicism. 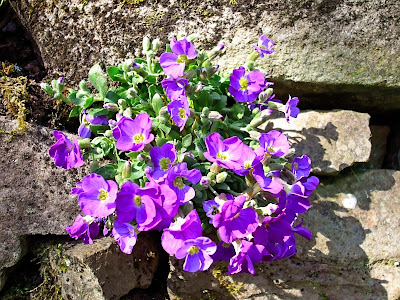 But then she would talk about the women. Some might call their actions brave but futile: they shielded an already butchered body from further attack, held it, gave it dignity. They risked their lives to protect a young man who was now beyond the need for protection. Sophie would say that they were doing - in extraordinary circumstances - what all RSCJ are called to do: to bring love and compassion to a place where there is no love. Lee Rigby died in an avalanche of hate, but almost immediately was surrounded by love; a reparative love, seeking, in whatever way, to somehow make up for the savage way in which he had died. In the same way, 20 years ago, Conor and Louise Taaffe cradled Stephen Lawrence in his dying moments and told him he was loved.

And that, so often, is the nature of love - small, seemingly useless gestures and actions, which are nonetheless immensely powerful. Just as women remained on Calvary, providing seemingly futile support, just a shred of love to pierce the hatred, so these women too provided a shred of love and goodness in an event which would otherwise be dominated by violent hate. And we too are called to do this, in less dramatic, but no less vital, circumstances.

She would remind us too that Jesus' body too was attacked and violated... an attack which opened his Heart, unleashing a never-ending stream of love. Sophie always said that this moment marked the foundation of our Society - a moment of hatred which unwittingly released an abundant torrent of pure love. It certainly reflects our actual foundation - a tiny group of women in the bloody aftermath of the French Revolution, seeking to make known the love of God in a place and situation where it had been cast aside.

Happy Feast everybody, and happy celebration of a woman who taught us all about the power of love.