In praise of... A cultivated and onomastic potato

on March 19, 2014
This morning someone told me that her weekly veggie box had arrived containing Silvana potatoes - good for jackets and roasting! Well, I have a fairly uncommon name, even in Italy; I don't often encounter another Silvana in human form, so I was intrigued to discover this special onomastic potato. I turned to Google, and soon found myself looking at Silvana's page on the European Cultivated Potato Database (no, I'm not making it up - click on the link and you'll see). This is clearly the Almanach de Gotha of the potato world, listing parentage and pedigree and whatever else is of importance.

Silvana comes from Austria and has what appears to be an excellent pedigree - Gloria x Gitte. I have no idea what any of this means and whether it makes her a Hapsburg among potatoes, but I quite like the idea of glory being in her parentage!

Naturally, I announced all this on Facebook and Twitter, and received some amusing comments. One person raised eyebrows at the Cultivated Potato Database and wondered whether there's also a counter-list of wild, wacky or maverick potatoes. I laughed at the sudden image of a boxful of sophisticated potatoes channelling Maggie Smith, and then, in the next second, found myself pondering the word "cultivated"... 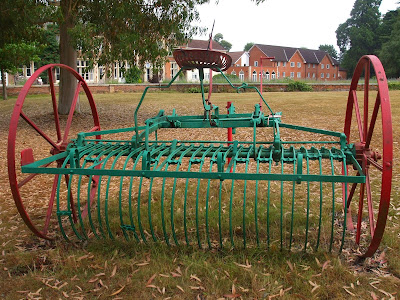 Its roots lie in the Latin word for tilling or toiling over, and it often speaks of hard work and care as well as growth and development: preparing the land, planting, tending, harvesting and generally looking after crops or plants. There is also the hard work that goes into cultivating friendships or one's mind through study - both also requiring growth and development. This, I imagine, is what also underlies the idea that a cultivated person is cultured or sophisticated - for many of us, culture is not effortless but achieved.

So Silvana may well be born of glory, she may well be cultivated, but she's also rooted in humble toil, hard work and effort... quite appropriate really.


food and feasting in praise of... life in general life online names playfulness and fun quirky thoughts words and language