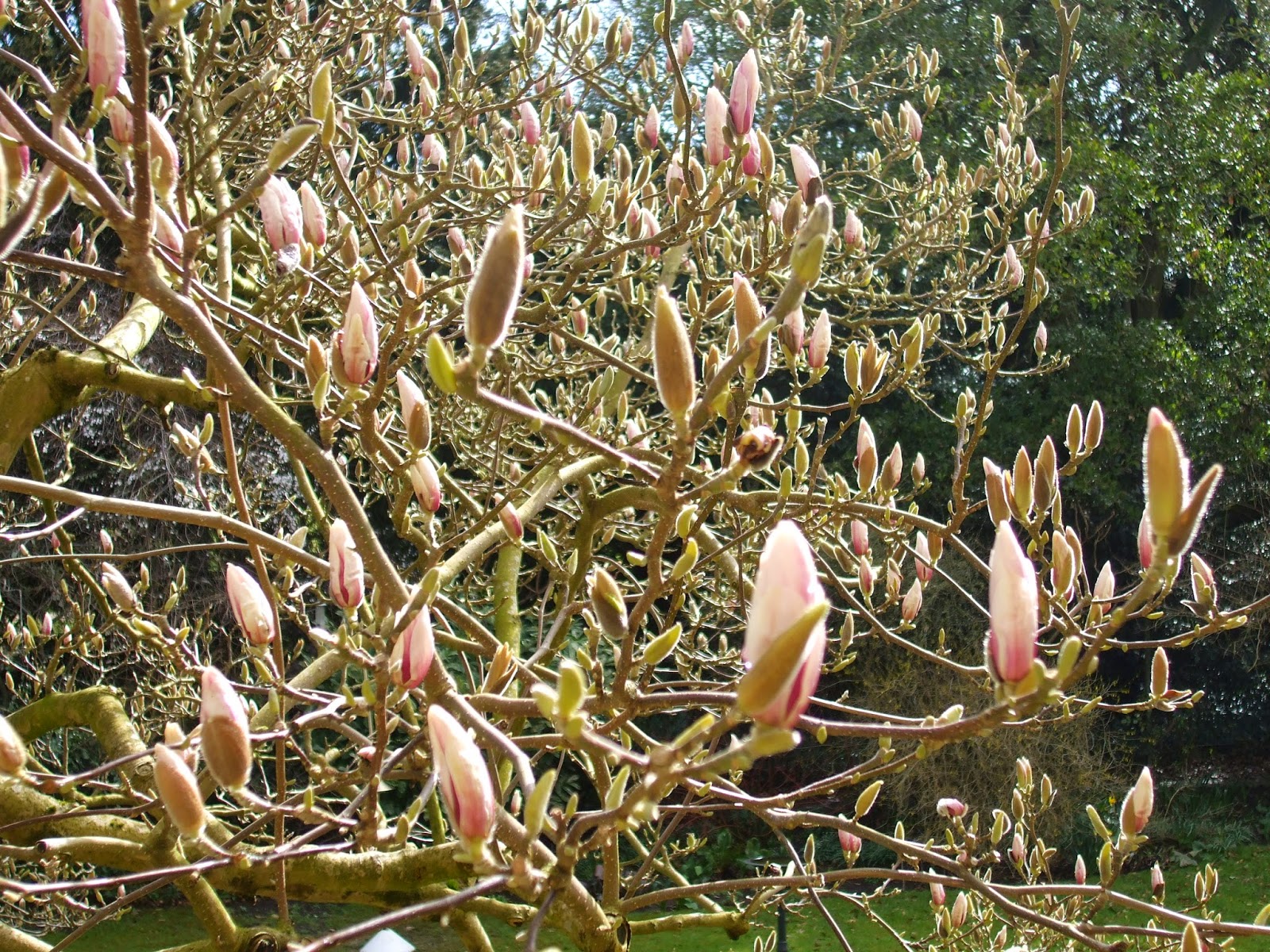 I've just returned home from a long weekend in Llannerchwen, our retreat centre in Wales, up a hill near Brecon. They have a small magnolia tree, which, given the lower temperatures and exposed location, always flowers a couple of weeks after ours. And indeed, when I left home our tree was beginning to bloom, deep pink flowers shaking off their protective husks; still furled, but poised, expectant, ready to open. I took this photo of it on the morning of my departure (a lovely, sunny spring day), wondering how many more flowers I would see on my return. 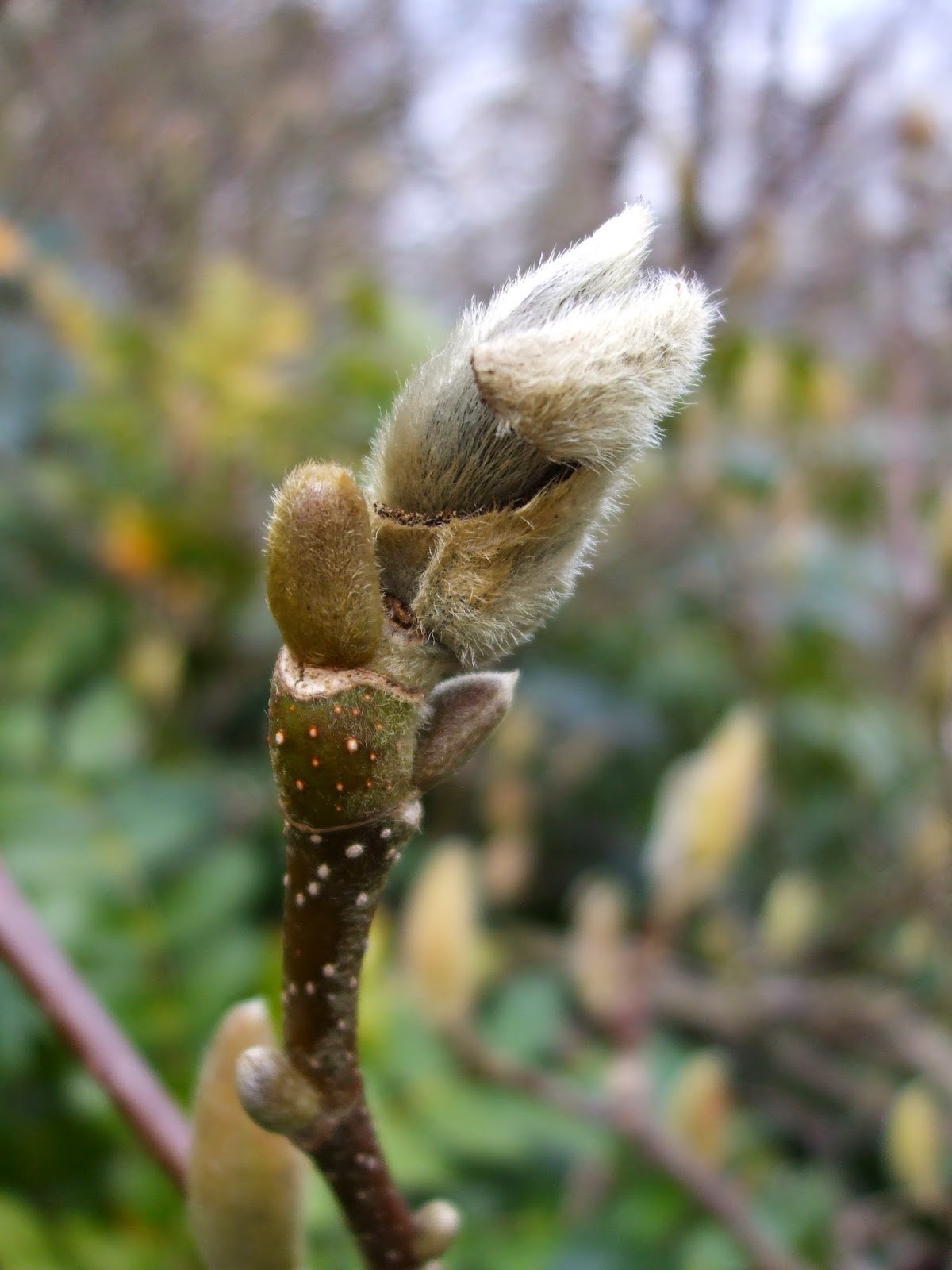 Sure enough, when I arrived in Llannerchwen their tree was still just a mass of buds, some still very small; but looking closely, I could see signs of what was to come. Just as heavy winter jackets are now being discarded by humans, so various buds had begun to cast off their brown outer layer, leaving the soft, fuzzy inner layer still wrapped protectively around the tightly curled flowers waiting to be revealed. The weather was relatively mild, with sunny spells, and I imagined a few more days like this should certainly move the process on...

... But then came two days filled with strong, blustery winds and punctuated by downpours. From my window I watched a huge fir tree engaged in a graceful, shimmying dance, its branches weaving and waving like a many-armed Indian goddess. In the opposite direction I could see tall, slender trees bowing and bending yet somehow remaining upright, bringing to mind a quote used by a Hungarian sister several years ago in a presentation: A tree responds to the wind with its roots. When I went out I too was bent as the wind tore at my hood - though if I was lucky and walking in the right direction, the strength of the wind propelled me to my destination in double-quick time! 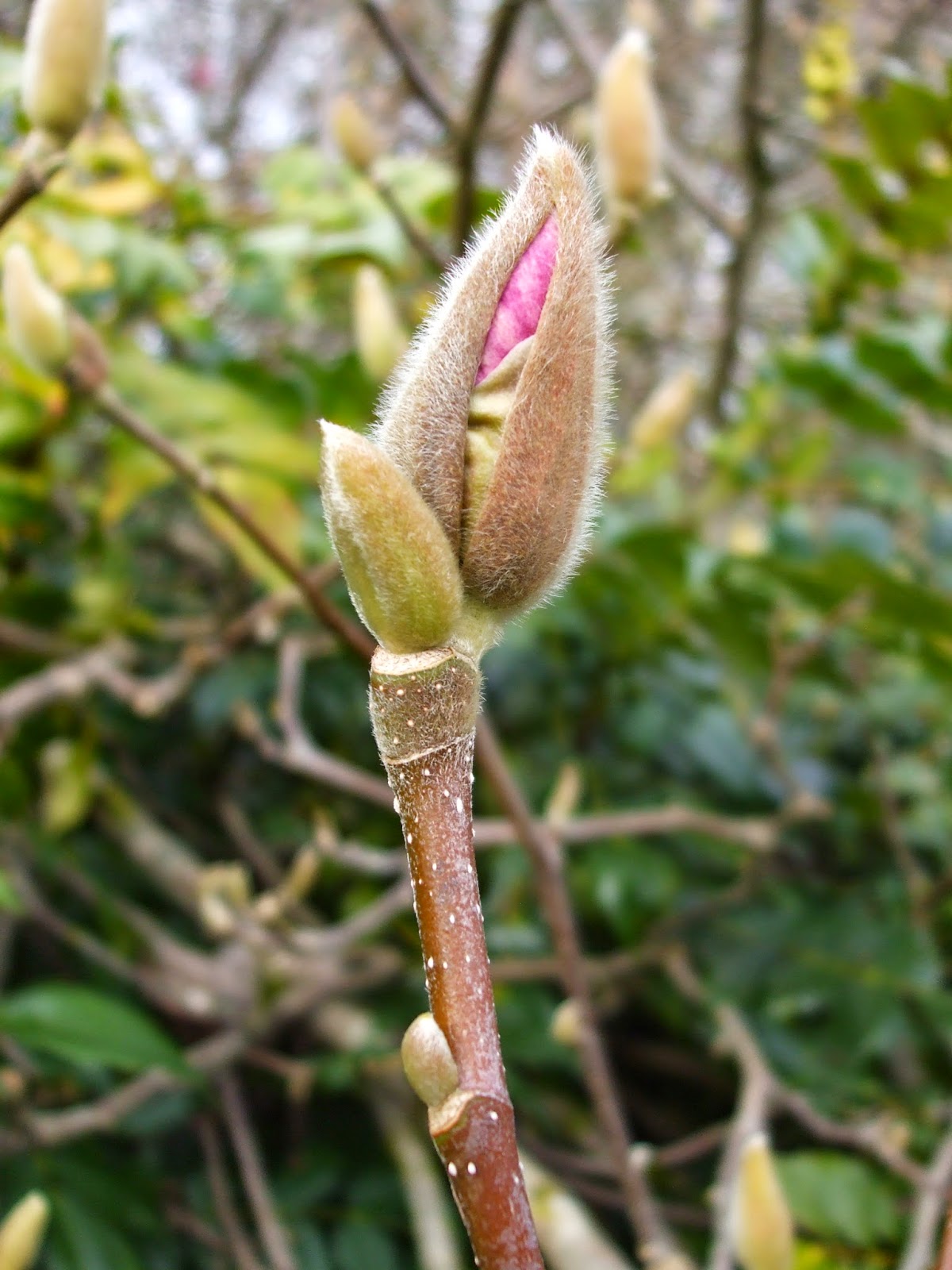 By Sunday afternoon the rain had stopped and the wind eased, and I went for a walk, passing the magnolia. How had it responded to the howling winds and rain? Certainly not by bowing and retreating! Looking closely I could see slivers and tongue tips of deep pink beginning to emerge: it may well have been battered by gales but, unbowed, the magnolia was blossoming! Yes, magnolias may well need mild weather and sunshine and look fragile, but they are filled with inner strength. Not only can they withstand a storm, they can blossom in it.

A powerful symbol; one I needed to be reminded of and hold on to... 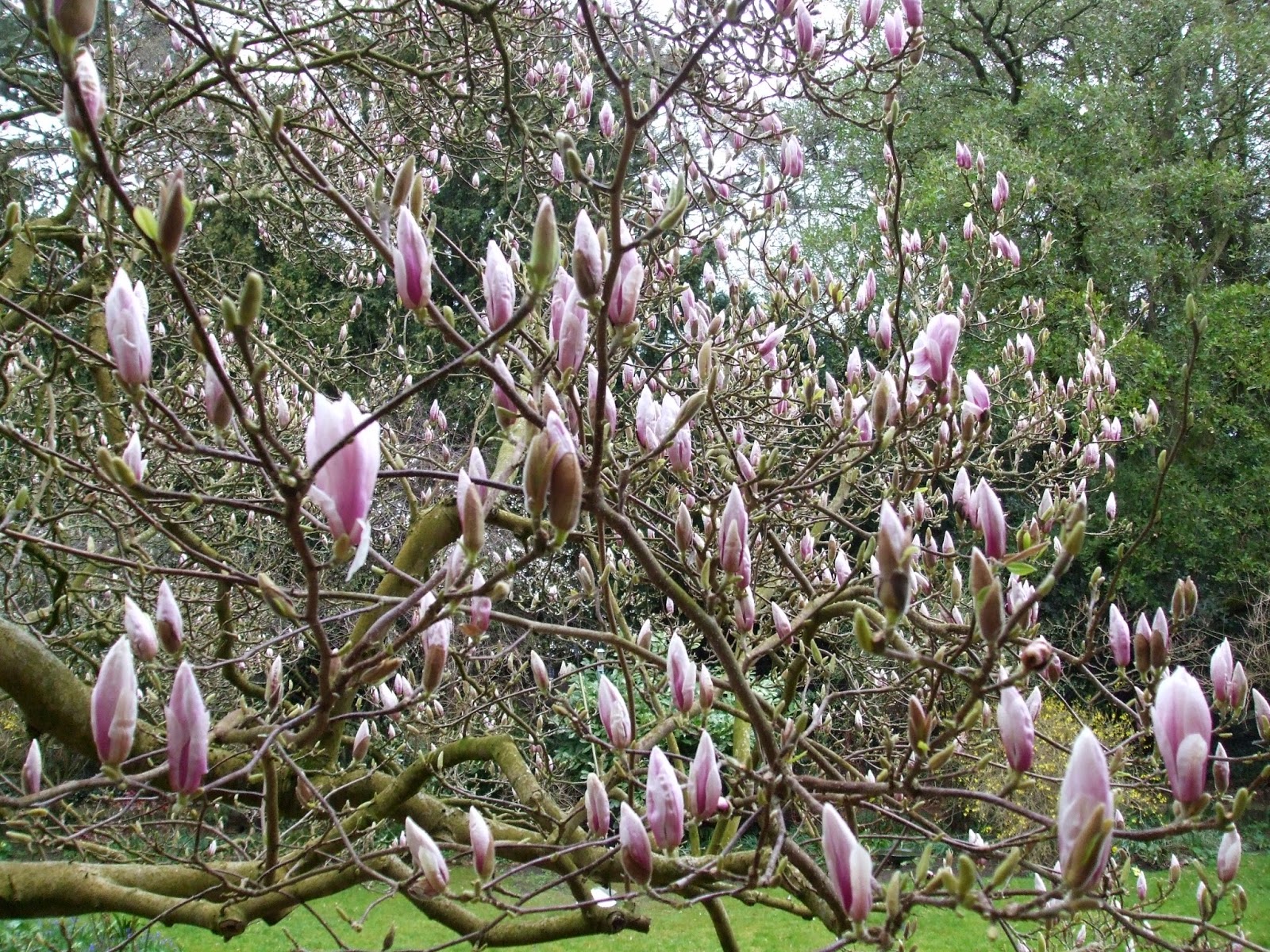 And this was the abundant sight which greeted me this afternoon back in Oxford, which had also experienced heavy winds and rain!