No profit from pain

on July 08, 2018
Here in the UK we've just been celebrating the 70th anniversary of the founding of the National Health Service. Over those seven decades millions of lives have been saved, transformed, enhanced, cared for - with no eye-watering bills at the end of the treatment, however lengthy or specialised. It has its flaws, bureaucracies and problems, but nonetheless it is, quite rightly, a precious national treasure, of which we are all justifiably proud; what its chief executive has called a unifying ideal - across this nation and down the generations. A health service that belongs to us all.

Only those who have lived in countries where medicine isn't free, or who are old enough to remember having to pay, pre-1948, can truly appreciate what a remarkable system we have - and how selflessly counter-cultural, in a world geared to profit and personal gain. Selfless because our national insurance isn't personal - I pay in, and my sicker neighbour benefits; selfless too because it isn't run for profit. This has certainly been the theme to No profit in pain, an NHS tribute song by Gruff Rhys, who also reminds us not to take its continued survival and existence as a free service for granted.

Our celebrations have been filled with gratitude and appreciation: for the service itself, but especially for its staff, many of whom serve with extreme - and at times legendary - commitment, dedication, generosity and sheer, unstinting hard work. Even someone as relatively healthy as me has a list of people to thank: long-ago midwives and health visitors, opticians, dentists (yes, even though I dread every visit!), doctors, nurses and physiotherapists. And there is universal gratitude, too, for the memory of the NHS's founders, especially Nye Bevan, whose passion, audacity and conviction drove the idea forward and ensured it became reality. 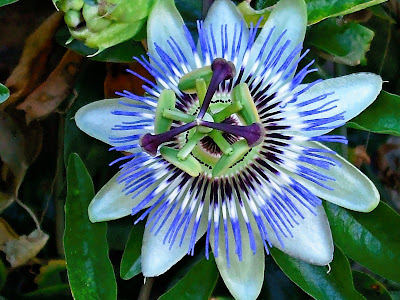 Passion, audacity and conviction... these are the hallmarks, too, of those who founded our religious orders. Passion for Christ and his Gospel; passion too for the needs of the world and of suffering humanity; for the young, the sick, the elderly, outcast, materially or spiritually poor, the abused, the vulnerable... for whatever need or situation spoke most strongly to our founders' hearts. Audacity - simply to believe in and hold fast to their call and vision, often in the face of institutional opposition. And a conviction, centred in the healing, redemptive love of Christ, that this little group, this fledgling community, was called to be Christ's hands and heart and hope, however daunting the task or slender their resources.

And if we were founded with passion, audacity and conviction, we have certainly been continued with commitment, dedication, generosity and hard work. Each order has its own narratives, of pioneering spirits and sacrifices made; each order, too, has its own local heroes, serving - especially where the needs are greatest - whether as quiet presence or as tireless, feisty leader, as inspiration or self-effacing team-worker, as they continue their founders' legacy.  And rather like the NHS we do all this selflessly. We make no profit from pain: pain is what we endeavour to heal, in countless ways, to hold in prayer, to transform, to campaign against, to be alongside - freely.

Passion... commitment... dedication... generosity... selflessness... words we so rightly ascribe to the NHS, and all its staff. But wouldn't it be lovely, too, if people, hearing those words, would also automatically think of religious women and men, who have pledged their lives to be a powerful and visible expression of those very ideals...?