Hope in a dark tunnel

on July 27, 2019
It's a grey, drizzly and sunless day, officially barely twenty degrees, though the air is warm and humid, and I'm still wearing thin summer clothes. Indoors, the thermostat in our house only fell to twenty-five at around midday, with little sign of it going any lower, at least until night-time. Such is the strength and intensity of the residual heat from last week's record-breaking mini-heatwave, which peaked on Thursday, before breaking into cooling storms.

And while we melted in this hellish furnace, Boris Johnson was appointed as leader of the Conservative Party and our country's Prime Minister, and the bombastic rhetoric, reckless promises  and ill-judged, hardline Brexit-centred appointments began. A disabled man I follow on Twitter reported that he had been harangued in a garage, and told that Boris would deal with him and 'all the other disabled scroungers'. Just as the Brexit result led to a rise in xenophobic abuse, it seems that Johnson's arrival has unleashed yet more hate and scapegoating. As if the heat hadn't been enough to sap energy, droop spirits and keep us from sleeping properly, we gaze into a bleak and despairing future, especially for those who are already poor and in any way vulnerable or marginalised.

How, then, to keep hope alive, for myself and others?

On Thursday, feast of St James, as temperatures soared and the bombast began, John Wilson was installed as Archbishop of Southwark, my diocese of origin. Reading his homily a few hours later I was struck that his very first words were words of hope - and more hope.

Years ago, as I prepared for my perpetual vows, I received a strong intuition in which I heard Jesus tell me that it is in his death, his piercing, his woundedness, wherein lies my only hope of resurrection, salvation and new life. And I was reminded of this later on in the homily, as the archbishop spoke of Jesus' question to James and John: Can you drink the cup that I am going to drink? - signalling that following him means sharing in his Cross. (Matthew 20.22) And then he added: 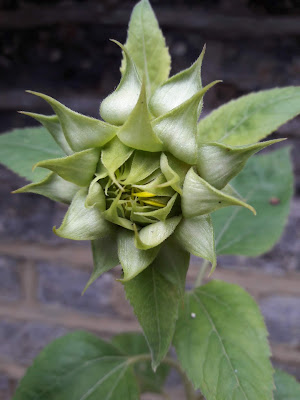 Hoping... and trusting... and keeping both alive...

And then today my Carmelite friends have been celebrating the feast of Blessed Titus Brandsma, a Dutch friar who opposed the Nazis and died in 1942 in Dachau. Among various tweets about him one stood out; it said that, among his final entreaties, according to documents and the testimony of camp survivors, was his admonition to fellow prisoners:

Do not yield to hatred. Be patient. We are here in a dark tunnel, but we have to go on. At the end, the eternal light is shining for us.

May we - may I - keep hope and trust and love alive and unyielding as we go on, through our dark tunnels.