The certainty of God

on December 14, 2019
Today, incredibly, is the twenty-third anniversary of the day I made my first vows. I say incredibly, because at times I can scarcely believe that that many years have passed. And then I look back at the world in which I made those vows, and the myriad, sometimes seismic changes which have taken place in the intervening years; and I marvel, not at the length but at the brevity of time in which so much has been crammed, so much altered or lost.

My parents were still alive, and in good health. My friends and I kept in touch by writing letters (I got my first email address in September 1997) - which meant a relatively small circle of people whose addresses I knew. There was prejudice and poverty, yes - but no foodbanks. We were comfortably European. And God's call, though at times mystifying and unbelievable, was also - strangely, joyously - straightforward; the context in which I would live my vows relatively clear, and certain.

In December 1996 we were only a few months away from the 1997 Labour landslide victory. Change was already in the air, even though there were certainties around attitudes and identity and political allegiances which, though slightly shifting, seemed likely to endure. Many of those have since been blown away in recent years, initially through the Brexit Referendum, but especially in this week's General Election. Now we live with so much uncertainty, unpredictability and change upon rapid change, with daily, normalised rancour, falsehood and fake news. Now, we so often find ourselves on shifting sands, rather than the comfort of solid rock. 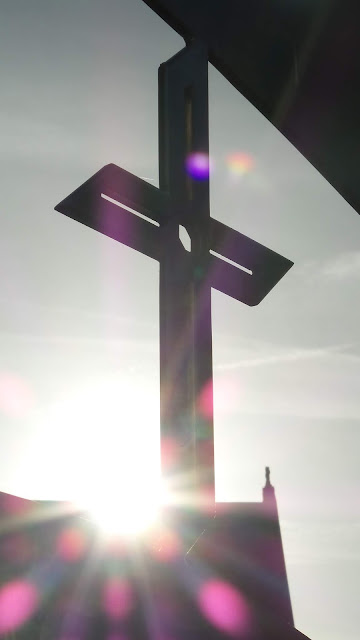 But, of course, there is one central certainty in my life; one enduring, unchanging constant: God. Twenty-three years ago I pronounced my vows Trusting in the fidelity of God... and what is fidelity but constancy, steadfastness, permanence and stability? What is fidelity if not trueness... and certainty - of endless, enduring presence, untrammelled love and commitment? Felt or unfelt, in a world grown increasingly uncertain, I have the certainty of God.

And so today I renew my vows, and with them my commitment to our mission of knowing and making known God's infinite, everlasting love. I do so in a very different world to the one in which I first made them: but I do so trusting in the fidelity of God... and utterly sure of the certainty of that same God.

And so life continues, as does my enduring call and mission to love, in times grown uncertain and unpredictably cruel...