At the core of our weakness

on May 22, 2020
Reading a tribute to Adolfo Nicolas SJ, the former Superior General of the Jesuits, who died earlier this week, I was struck by a prayer he had written - especially its opening lines:

What weaknesses did you see in us that made you decide to call us, in spite of everything, to collaborate in your mission?
We give you thanks for having called us, and we beg you not to forget your promise to be with us to the end of time.

The second line, reminding Jesus of his final promise to his disciples (Matthew 28:20), is especially appropriate for the Ascension, which we have just celebrated. And it forms an essential counterbalance to the first line, which will strike a chord in anyone who has ever known God's call. Who among us has never stood before God, acutely aware of weakness, and the limitations of our response to his immense love? And who, in religious life or another vocation, has never wondered at the mystery - at once baffling and wondrous - of God's choice? 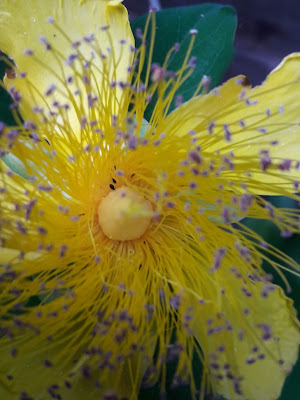 A mystery, which paradoxically sits alongside the counterbalancing certainty of God's enduring presence, and his promise to be with us forever. And a mystery in which, as our Constitutions say, we discover in prayer that the fidelity of God dwells at the very core of our weakness... not an inactive, cosy dwelling, but one filled with redemptive strength and grace; with healing, and transformation.

Like Adolfo Nicolas I too sometimes ask God what needs he saw in me which could only be healed, redeemed, transformed, through being called to the Society, and its charism and mission. But I have also come to know the certainty of God, and the power of his fidelity and grace; not only dwelling at the very core of my weakness, but transfiguring it into the means through which God's glory can be shown.

If not before, then certainly during this pandemic, many of us have been reminded of our inner Achilles Heels, or, very starkly, of our infirmities. May we all come to know the truth of that fidelity of God, alive and active at the very core of our weakness, calling and transforming us in new and unexpected ways...

(In my last post, about my lockdown garden, I referred to various shrubs stretching into space newly liberated after I'd cut back brambles. This is the first flower, which opened fully, pointing heavenward, on Ascension morning!)