on July 18, 2020
A bit of light-heartedness for a Saturday morning!

Lockdown, when it eventually happened, came almost abruptly. Anxieties had been slowly rising when I had my hair cut in March; but with very few cases and deaths, none of us could ever imagine how much and how drastically life was about to change. Thus, I remember my hairdresser waving me off with a cheerily optimistic See you in early May - neither of us ever envisaging that we wouldn't actually meet again until early July!

In fact, my mother was a hairdresser: regretfully, though, whilst I happily used her scissors on my dolls' hair, I never made the leap to learning how to cut my own. I have thick, quickly-growing hair, which is why I need to get it cut roughly every eight weeks. It's straight, but length brings a slight wave, causing it to stick out untidily at the sides. So when I realised I would probably have to wait an extra month or so for my next haircut, I laid in some essential supplies. No, not hairdressing scissors - I'm not that brave! - but a couple of slides and combs; the first ones I've needed to buy for nearly thirty years.

And so, as my lockdown fringe began flopping into my eyes, I started deploying the combs in particular, while the shaggy, sticky-out sides were wound behind my ears with my glasses firmly clamped onto them - though they invariably managed to escape! Of course, I wasn't alone: as we know, by mid-May lockdown hair had become a 'thing'; though really, a relatively minor inconvenience compared to the soaring numbers of infections and deaths, lost incomes, businesses and homes, isolation, depression and so much more.

It's already two weeks since hairdressers were able to reopen: I was fortunate enough to get an appointment soon after, and gratefully parted company with my lockdown locks - already long and heavy enough to scoop into a little tufty ponytail. And I realised just how true it is that the morale-boosting effects of a good haircut cannot be underestimated. In the relief of getting mine done, and in conversations with friends, I've been remembering some of my mother's customers, who battled sickness, loneliness or adversity with a 'shampoo and set', or splashed out on a perm. We had a frail neighbour who could barely stagger to our house: when she became housebound my mother started going to her, at least once a month, to give her that magical, spirit-lifting hairdo, which only her husband and a few visitors saw.

Those aren't my only memories. It did occur to me, as I clipped back my hair, that here I was in my mid-fifties, rocking a look I last wore when I was not yet two. I wore it much better then, too, with the sticky-out bits just looking endearing. But although I can re-create a hairstyle, I've had to give up on that faraway, innocent gaze... that is now beyond me, as elusively out of reach as whatever magical, mystical thing I was then able to see... 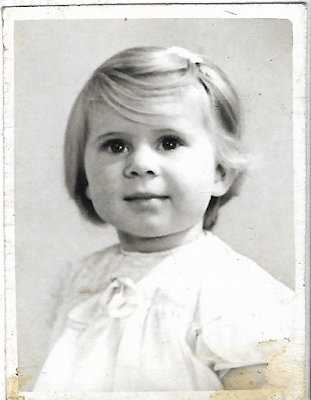 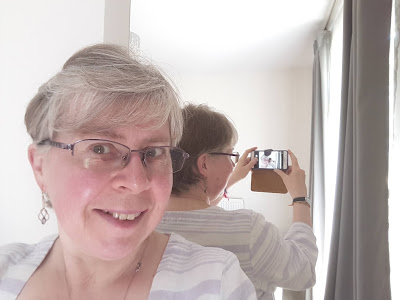 Coronavirus little things lockdown memories quirky thoughts this and that