on December 04, 2020
Just like any other smartphone, mine doesn't always live up to its name. Yes, it's smart enough to know that when I type the word 'happy' I'll invariably follow it with 'birthday' or 'feast, but its autocomplete hasn't yet worked out that, in addition to English, I often send messages in Italian or Spanish. It also fails to appreciate the finer points of religious language. I must have typed the word Advent at least a dozen times this week, and each time, my phone has assumed I really mean Adventure.
Unsurprisingly, the two words have started to become interchangeable for me; and so, I have found myself reflecting on what this Advent adventure is trying to say to me. At first glance, Advent - that season of waiting and preparing, in winter darkness yet also in joyful hope - doesn't feel like what we usually mean by an adventure. There's nothing inherently risky or hazardous about it; no need to turn into Indiana Jones, even when we talk about braving crowds. Advent can be exciting, yes, but in a quiet, understated, non-perilous way. 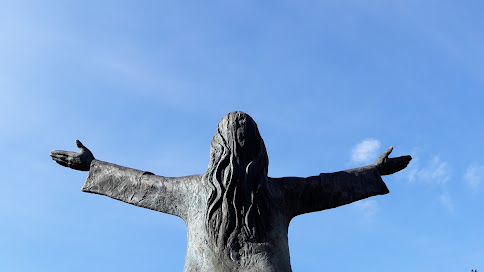 And yet... Advent is an adventure. The word itself, although deriving from the same root as Advent, means 'something about to happen', which speaks of the poised anticipation which fills this time. And perhaps we are called to live this season as adventurers, as people who can welcome and embrace the new, the unfamiliar and unexpected... which, increasingly, is what this year has been filled with. Maybe too, the call is to enter into each day, and its many challenges, with greater boldness, and openness to grace, and to the renewal and healing and growth God offers us each day, if only we have the courage and confidence to say yes...
Advent and Christmastide life in general random thoughts words and language