To prove such unmeasured love

on August 01, 2020
I must have grown up with the hymn O Bread of Heaven, but I only properly became aware of it about thirty years ago. Written by today's saint, Alphonsus Liguori, I found it astonishingly gentle in its trust and spirituality. Astonishing? Well, St Alphonsus had founded the Redemptorists, famed for their fiery and fearsome preaching - although, as I learned today, they began by preaching and working against Jansenism, and its excessive focus on sinfulness and judgement. And now the gentleness and trust make more sense.

When I first became aware of the hymn, I was in the process of returning to a relationship with God, and to the Body of Christ; discovering God's glad, open-armed welcome back, regardless of where and how I had been wandering over the past few years. Thus, the hymn's final lines sang within me... For how can he deny me heaven, who here on earth himself hath given? And if the hymn's gift to me had been nothing more than so much confidence in God's unconditional, self-giving love, that would have been more than enough. But more was to come...

It was early August, thirty years ago, and we sang this as the post-Communion hymn at Sunday Mass. And, as if encountering it for the first time, I was struck - forcefully, profoundly - not by the final words, but by the third verse...

O Bond of Love! that dost unite
The servant to his loving Lord!
Could I dare live, and not requite
Such love - then death were meet reward:
I cannot live, unless to prove
Some love for such unmeasured love.

And in here I knew my call, simultaneously inchoate, and yet with immense strength and clarity: to union in love with God, fundamentally; and to live my life as a proof of 'such unmeasured love'. To know Love, and to love in return; and because of this, to love widely. This was a call which eventually found its home, as I did, in the Society of the Sacred Heart, with our call to union and conformity with the Heart of Jesus, and our mission of discovering and making known God's unlimited and immeasurable love. 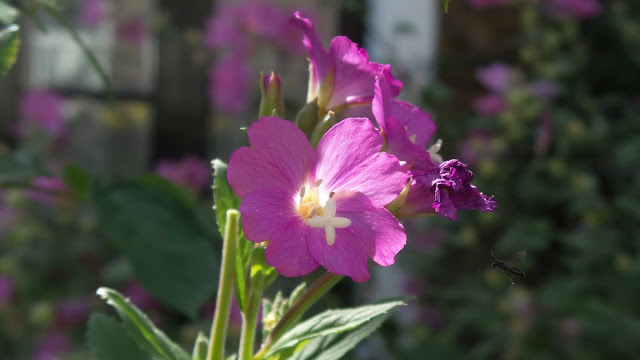 With the current Covid-19 restrictions, I know we won't be singing this, or indeed any hymn during Mass tomorrow - but actually, I don't need to. I can, though, spend time with those words - in the original Italian as well as their lyrical English translation. And I can pray, especially, that my life may become a proof of the unmeasured love which has continued to captivate and claim me... a love which gives itself, daily, in multiple ways, and which contains the assurance of those final words; the promise of all this life and heaven too...