on December 20, 2012
The bible contains several accounts of improbable conceptions and births; each one in some way heralded or foretold, and by and large each foretelling greeted with surprise and scepticism. Quite justified scepticism: women, after all, know their own bodies, know when they are no longer fertile; childless couples who have tried desperately to conceive know the futility of glib assurances, however august the messenger might be.


In yesterday's and today's Gospel readings we are given two contrasting accounts. First, the priest Zechariah is told that his middle-aged, barren wife is to conceive, then Mary, a young virgin, is given similar news, from the same source, Gabriel, "who stands in God's presence". Both are "disturbed" by the sight and message of their visitor, and both ask, quite rightly, but how can this be? 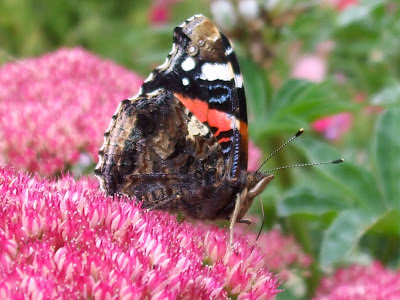 Zechariah's incredulous question draws a stern reprimand - one can almost imagine Gabriel spreading his wings out wide for full majestic effect. And not just a reprimand but a punishment too: he is to be dumb until his son's birth nine months later, when his silence is finally broken by a hymn of praise. But a few months later, when Gabriel hears the same question from Mary, he responds, not with anger, but with gentle courtesy, explaining just how God will bring about the seemingly impossible.

We often talk of the Word becoming Flesh as an event which overturns so much of the established order, in the mere fact of an almighty deity becoming a helpless, homeless baby. And this overturning is celebrated in Mary's magnificat, when she sings of how God raises up the lowly while bringing down the powerful, fills the hungry with good things and sends the rich away empty.

But here, at the very beginning of Luke, we already see this overturning. A venerable priest - a man of good standing - is rebuked and punished, while a young girl - his social and religious inferior - is treated with angelic courtesy. What a lesson for Luke's first readers, who would have fully appreciated the social and religious standing of each character... and what a lesson for us all, whatever our rank or title, and whoever we find ourselves dealing with!