on May 14, 2015
A week, as they say, is a long time in politics - and this has certainly been a long week. Seven nights ago I was staring, in horrified incomprehension, at exit polls predicting a sliver of a Tory majority. Over the next few hours the figures changed slightly, but never enough to give any hope of the sort of outcome I had hoped for. I eventually crawled into bed, fell into a restless sleep and awoke a few hours later to discover that the Tories' sliver had increased in size and they were now the undisputed government. 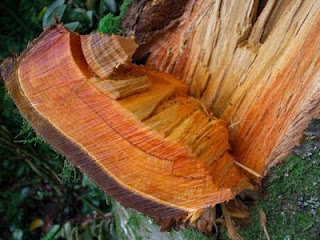 I felt a sick, foreboding feeling I had not felt since those early days after the 1992 election. This time, though, I surveyed the result aware of foodbanks, welfare cuts, an ever-increasing gap between rich and poor, and the poisonous, systematic scapegoating of some of the most vulnerable and marginalised in our society. That evening I went along to Oxford's Nightfever; well-timed for someone who felt she needed simply to sit in prayer, placing our country and its poorest citizens in God's Heart.

Since then life, of course, has continued around me: world and local events alike have happened, irrespective of political processes, we were blessed with a visiting American sister, the sun has shone and trees have been bursting with leaves and blossom. I have gradually returned to being able to watch the news without aching, even as I - along with so many others - struggle to make sense of just what happened last Thursday.

There are calls in all this: to action, yes, as all the petitions and appeals in my inbox show only too well, but to what else? One definite challenge is summed up in this blogpost by the sister of a friend http://www.threadsuk.com/loving-your-enemies-even-political-ones/. As she says in her final paragraph: -

It might take the next five years, but if those of us who are truly heartbroken by the election result can begin to grasp what it is to love our neighbours, all of them, then I think a little bit of the kingdom really will have come, however much politics has tried to get in the way.

I can only say Amen to that.
current events hard times and heartache hope justice and injustice life in general Nightfever random thoughts