Friendship, fun and the #NunsOfTwitter 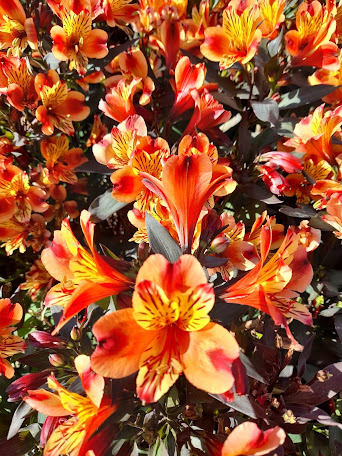 For some time, and especially during the past couple of years, I've been hanging out on Twitter with several other religious - mostly sisters, but also some men - as well as various friends. We share deep insights about community and commitment, and somehow blend spirituality and social concern with fun, puns and growing, supportive friendships. I joined Twitter because our charism and mission are to make known the unlimited love of God, revealed in the Heart of Jesus, and the internet enables us to announce this good news well beyond our immediate reach. I remain for several reasons, including these daily interactions with this growing, expanding, welcoming community of friends, bolstered by regular meetings via zoom.

There are about 330 million Twitter accounts, of which 145 million are used on a daily basis. My friends and I therefore occupy a tiny, tiny corner of a vast universe, better known for controversy and conspiracy theories than for convent anecdotes. And yet... somehow we've been noticed - and not just by the people who have been following us. A Guardian journalist was silently enjoying our exchanges, and wrote an article decrying Twitter generally, except for "religious Twitter". Religious Twitter is OK, she wrote. Good, actually. Entering religious Twitter feels like wandering into an animal sanctuary after sitting courtside at an MMA match. It’s a safe space.

As the inventor of the hashtags we use - #NunsOfTwitter and #BruvsOfTwitter - I was rather pleased to read that the latter, at least, was considered phenomenal! Hashtags and captions are something I seem able to invent, often on the spur of the moment. My most recent - just after we'd been discussing films about nuns - was #ThisNunsStory. This was prompted by a sister who, a few weeks ago, decided to share her vocation story. Since then others have taken up the baton, in a weekly relay, each one telling her story over several installments, recounting ups and downs, restlessness and certainty, searching and being sought; finding, and knowing herself found.

God treats us all as individuals, and so each story is, of course, different: as Janet Stuart once wrote, Every friendship with God and every love between God and a soul is the only one of its kind. And yet there are also similarities: we can smile and nod at each other's attempts to escape or maintain resistance, knowing that, sooner or later, Love's call will prove too strong. In our interactions it is clear that, in reading each other's story, we are also re-reading our own.

Thus far, including the first sharer, we've had two Benedictines, a Mercy and a Carmelite, and next week it will be my turn. Next week that will be my special contribution to the mission of the #NunsOfTwitter: to make our corner of nun Twitter a place of love, grace and kindness... and humour, of course; plenty of good humour. If you're on Twitter, or know how to access it, come and find us there, and join in the seriousness and the fun.