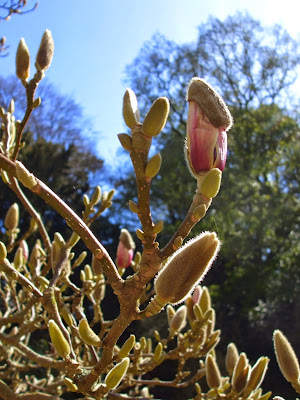 There were no cool kids in my school; back in the seventies, I think what we aspired to be was 'trendy'. Cool was a grown-up thing: a word applied to those few exalted beings - usually film stars or singers - possessed of an enviable, indefinable mystique; of style and self-possession (or at least, capable of appearing so in photos and their film roles). The Fonz was the epitome of cool; ditto David Bowie and Bryan Ferry. Coolness floated, unspoken, around 1950s icons like Billie Holiday and Audrey Hepburn, or Fred Astaire, immaculately gliding in tails. They were grown-up, unreachably and unattainably cool, and whilst we admired them from afar, we mostly focused on our teen heart-throbs, whose publicists presented them as human, approachable 'boys next door'.

Mostly, cool was a temperature, slightly warmer than chilly, and trendy was the height of our adolescent ambition. Aged twelve or thirteen I was never sufficiently trendy to even dream of being part of my class's 'in crowd', merely being one of their satellites. When I eventually attained 'in-ness' it was as part of a group with a very different cachet and aspirations; one, too, where my lack of trendiness didn't matter, and which I didn't have to work hard to join. It was, of course, a much nicer, kinder group to belong to; something I would have instinctively understood, even as I yearned to be trendy.

Fast-forward a few decades, and cool is now an ubiquitous word: cool is composed, self-confident, poised, assured, fashionable - trendy, even; and a good deal more. Cool is relaxed, indifferent, the subject of a thousand articles, and, I'm sure, the cause of puzzlement and agonising among those judged uncool. And to my amazement (and delight) cool is what I was memorably called nine years ago by Oxford students admiring my hat. As I wrote at the time, I'm heading for fifty, and women half my age have told me I look cool...!

Cool, too, was the startling verdict of some Year 10s after meeting me and some other religious during last week's Living Joyfully event. Startling because, back when we were 14 or 15, religion, and religious people, were most definitely not cool - or trendy; certainly not trendy. And then... the icing on the cake of coolness... When I tweeted the link to my last blogpost, with its screenshot from a Zoom meeting of religious who mostly meet on Twitter, someone commented that here were all the 'cool kids' of Twitter in the one photo! In the ensuing merriment several people commented that this was the closest they'd ever come to being cool, kid or not.

And now I wonder: was Jesus cool? He certainly had the mystique, the serenity, composure and self-possession, though probably not the stylish clothes. But there was nothing aloof or detached about him: we know that children flocked to his side, lepers and outcasts drew near, and housewives dared to argue and cajole him into miracles. Those children may have feared - as we once did - to come too close to the cool kids, scared of their scorn and superiority, but they had no such worries about Jesus. The Son of God did not need publicists to cultivate his boy next door-ness; he radiated - and showed - genuine tenderness, care and approachability.

And - oh joy! - when Jesus was assembling his gang, he didn't choose only cool kids, or surround himself with sycophants to prop him up. No, Jesus chose to spend his time with the uncool: outsiders and misfits, nerds, swots and gauche kids in hand-me-down clothes. He chose people who, like me, were quite ordinary, insecure, and nowhere near trendy enough for the 'in' crowd. And 2000 years later, he still calls the uncool, to be the ones who are with him, closest to his Heart; and to be sent forth, to make known the Good News of God's unlimited and unconditional love, to cool and uncool alike...

If we want to be cool, let's aim to be cool like Jesus, knowing we can most surely be uncool with him, too...