In praise of... solidarity and striking dockers

A couple of days ago I led an online event centred on Dignity of Work, one of the fundamental principles of Catholic Social Teaching, and an important consideration during this pandemic, with its job losses, furloughs and insecurity. I began with a reflection on the meaning and value we give to, and derive from, our work - and the effects, therefore of being unable to work; and the question about what it is, in our work, that can give us dignity. Pay and conditions, health and safety lie at the heart of this; but affirming our dignity - in ourselves and in others - is about much more than what we earn. Our work should be something which enables us to flourish - humanly, creatively, ethically... a flourishing which many people, even those in well-paid jobs, do not necessarily enjoy.

But first, I situated Dignity of Work in its historical, social and geographical contexts. On Saturday 15th May, I said, it will be the 130th anniversary of the publication of Rerum Novarum, modern CST's foundational text. So, I said, on Saturday raise a glass to Pope Leo XIII, and to our own Cardinal Manning, who influenced and fed into the encyclical's drafts. And then refill your glasses to the brim, and raise them again, this time to the dock workers in London's East End... The Great Dock Strike of 1889, in which Manning acted as a mediator, highlighted once again the appalling conditions, poverty and exploitation of the working classes, and - through reports from Manning - came to the pope's attention. Rerum Novarum and its focus on labour, published only twenty months later, was no coincidence.

And as I spoke it occurred to me that there is something rather awe-inspiring and counter-cultural in these unwitting and unlikely influencers: uneducated, despised, overlooked and consigned to slums and squalor; but capable of influencing not only social and industrial history (as did other strikers, such as the matchgirls), but also an entire and enduring body of Catholic social thought. Here we truly have the values of God's kingdom, in which hierarchies are turned upside-down and God raises the lowly! 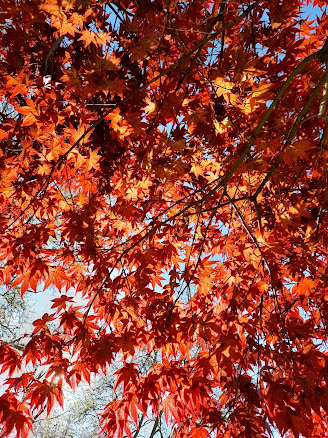 God's values are also founded on solidarity, and people coming together for each other's good - for the common good. The strikers and their families received donations from other workers, including dockers as far away as Australia - poorly paid themselves, but keen to support a struggle on a faraway continent. Closer to home, there was support from Jewish tailors as well as Catholic priests, and soup kitchens run by Jewish groups and the Salvation Army - a solidarity transcending the otherwise pervasive divisions of race and religion. A generation later this same, seemingly unlikely coalition came together in nearby Cable Street; a few days ago many of us cheered another example of cross-community solidarity and 'people power' in Glasgow as it was relayed across social media. Despite the fragmentation and isolation of modern life and especially this pandemic, we can and do come together and to each other's aid in so many ways.

This morning an article about the Dock Strike led me to the Cardinal Manning Catholic Social Teaching Conference 2014 report, and to an address by Maurice Glasman. Recalling East London's contribution to CST, and its rich history of idealism and solidarity, he finished by reminding his audience that we need it now. The rich are still dominant. The rich and the educated are still humiliating the poor and the workers, and we are still in desperate need of a common good. We have to build this common good between immigrants and locals, between faithful and secular, in order to assert the fundamental truth of Catholic social thought: that human beings are not a commodity and that by working together you preserve the dignity of the person.

So this evening, raise your glasses to the striking dockers of 1889... to their modern-day heirs, and to all who work together, bridging differences and divisions, to preserve the innate, God-given dignity of every person.

anniversaries and milestones CST current events in praise of... justice and injustice people and pin-ups